Are Robot Servers the Future of Quick Service?

If robot service seems more like sci-fi than reality, you’re in for a surprise. Japan has been utilising robots for years, and the UK will eventually follow suit, especially with fast-food workers demanding higher pay rises the world over. Some in the industry claim that robots are always polite, they’re never late for work, they don’t get paid extra, they’re never ill, they don’t ask for raises, they won’t have slips, trips, and falls accidents, and they never take time off. 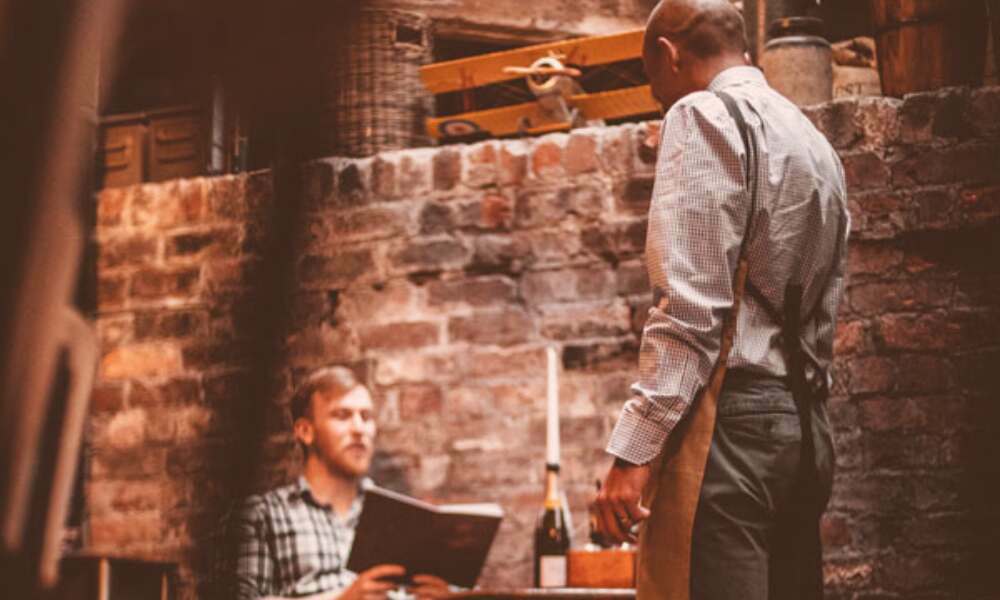 For companies, at least, after the initial cost and upkeep of these machines, which may arguably be cheaper than hiring actual people, robots seem like the way to go, so are robot servers the future of quick service?

A company in Japan, Suzumo, has had a sushi-bot since 2012 that rolls out perfect sushi-rice at the rate of 3,600 pieces per hour - exponentially faster than could be done by human hand - at least for nigiri. For longer sushi rolls, productivity goes to 300 medium-sized rolls per hour, and the machine can even slice it. But will high-end sushi restaurants opt for sushi machines over hand-made rolls by expert sushi chefs? That’s dubious. But quick-service is another industry altogether.

In California, in 2016, however, a robot pizza making restaurant, Zume, was being trialed to good effect - but people were still involved in making sure the machine runs smoothly as well as adding toppings and rolling out the dough.

Zume is unique in that the pizza is cooked in the pizza van on the way to the consumer, it’s then ejected onto a tray by the driver, sliced by machine, and never touched by a human hand, but can we eliminate people altogether?

The founder of Zume, Alex Garden, a former video game developer and CEO, who created the first prototypes in his garage, thinks that - once pizza places become fully robot-ized - then pizza companies can make astronomical profits, but they aren’t quite there yet. So, for now, robots and humans will work side by side.

In 2016, in Shanghai, a robotic chef could whip up a bowl of ramen in a mere ninety seconds, but the faster production and the robot’s cost meant that prices are slightly higher than the average bowl of ramen - to cover the cost of the machine. But the owner says if you compare it to paying workers for six years, it pays for itself.

Want dinner served by a transformer? Or fancy being entertained by a singing, dancing robot before you dine? Or even one that plays chess? Two years before in 2014, in Hefei, China, a completely robot-run restaurant opened in which robots cooked food, delivered it, whilst also entertaining customers.

But, again, the real-people element isn’t entirely eliminated as human chefs still need to chop vegetables, and place the trays on the robots before they take the food to the tables. Plus, the diners have to remove the food from the trays.

Where Else Can Robots be Used?

The Royal Caribbean cruise ships now have robot bartenders. Watch the video here. These bartenders require no human interaction at all.

In China, again, KFC is testing automation and robots.

Panera bread in the US is going automated too. In San Francisco, they’re testing out a burger robot that can make 300 burgers per hour, and a fully-automated fast-casual restaurant, Eatsa, where you order on your iPad and get food via glass compartments with zero human interaction (humans do prepare the food, though). With automation going widespread, when will robots start taking over the industry? Maybe not for a while.

What about the UK market, you may ask? In the Oxford University Press’s oft cited article, “The Future of Employment: How Susceptible Are Jobs to Computerization?” authors noted that 92% of fast-food prep will be automated in coming decades.

They might not be wrong; it’s happening already. I’m sure many have seen the new McDonald’s kiosks in which you place your order on screens, and only have interaction with people once you’ve ordered. Self-service kiosks are popular in multiple industries, and many of us don’t stop to consider the changes.

Are Robots the Future?

So are robot servers, entertainers, and chefs the future? The answer is probably, but those who have tested the tech say that the food is just as good - quality is not diminished - and insiders predict the cost of this food could go down.

Will it spell doom for those who work in quick service? Initially maybe, but it’s important to realise that forty plus years ago digital content wasn’t a concept, coders didn’t have jobs, social media managers weren’t on the radar, marketing was more in the advertising arena, and things looked different, so just as we’ve adapted to the jobs of today - which was, perhaps, not even imaginable forty, fifty years ago - workers will adapt.

When robots take over in the fast-food industry, we’d hope other jobs could spring up in their place such as the need for robot technicians would go up. Even people would be needed to load ingredients into those machines, mend the machines, design them, manage them, and more.

Until robots take over, then it's important to take care of your fast-food cashiers, chefs, baristas, bartenders, and others who suffer from aching feet or repetitive strain injuries. Without as many people in the kitchen, health and safety policies would be much more simple but, no matter how technologically advanced society is, people will still have to run the machines.

Take Your Restaurant to the Next Level

Want to know how to take your business to the next level and keep your customers coming back for more? Download our free guide on how to grow your restaurant from good to great!